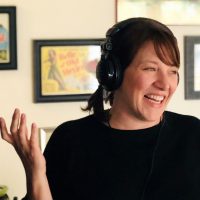 Sarah Gurfield is a comedy director. Her screen credits include directing the first season of “The Donors,” a digital comedy series for Lionsgate’s Laugh Out Loud network, executive produced by Kevin Hart.

Gurfield is a Brown University graduate, a member of SDC and AEA, and a director at The Actors Studio, where she was selected for membership by Martin Landau and Mark Rydell in 2012.

Check out my award-winning short comedy, “Thumb”, below (TRT 05:56). There's also a link to the trailer for my newest short, “Boy Eats Girl", which is currently in festivals. Enjoy!