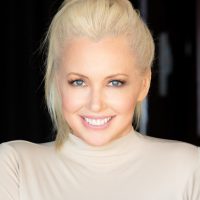 Robin Bain is a graduate of the University of Southern California and holds a Bachelor of Arts degree in Theater from the USC School of Dramatic Arts.

Bain has gone on to become a multi-award winning writer, director and producer, whose directorial debut GIRL LOST speaks on the harsh realities of underage prostitution in the United States.

Girl Lost became the ‘#1 Trending Movie’ on Amazon Prime upon it’s May 2018 release as well as the ‘#1 Most Popular Movie’ on the TubiTV digital platform.

Robin Bain is an author for Ms. In The Biz, a website dedicated to female filmmakers. Bain often gears her writing toward controversial subjects regarding women in the film industry.