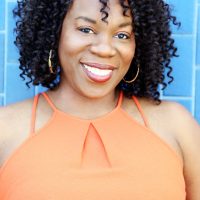 Morenike Joela Evans is a Director, Writer and Creative Executive Producer who is passionate about creating stories for TV & Film that are compelling, provoking and have heart.

She’s directed an episode of “Family Reunion,” an NAACP Image Award winning multi-cam comedy for Netflix, and has directed episodes of three hit Disney series— Raven’s Home, Coop & Cami Ask The World and BUNK’d.. She is one of only a handful of African-American women directors breaking barriers in the multi-cam TV space.

She also directed “Deadly Dispatch” a drama/suspense feature for TV One starring Tamala Jones and Dominique Perry that premiered in July 2019.

Her work directing Season 1 of the Google-funded series GODCOMPLX won the Jury Award at the 2017 Diversity En Cannes Short Film Showcase and earned her an Outstanding Director nomination at 2017 LA WebFest.

She was promoted to Co-EP/Showrunner for Season 2 of GODCOMPLX where in addition to directing two episodes, she was responsible for shaping the new season’s storylines, running the writer’s room, managing the creative production and overseeing a slate of 4 other directors including Allen Maldonado and Malik Yoba. GODCOMPLX premiered on Amazon in May 2019.
Morenike transitioned to scripted television after an impressive career producing entertainment and cultural lifestyle programming for MTV News, BET, NBC, TNT, OWN, TV One and PBS.