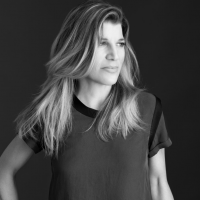 Liz Hinlein is a director and cinematographer in film, commercials and immersive content. Her work as a director includes the feature film OTHER PEOPLE’S CHILDREN featuring Michael Mosely, Chad Michael Murray and Alexandra Breckinridge about an LA artist who falls in love with an enigmatic homeless man and tries to save him. Her work as a director also includes numerous commercials campaigns shooting Shonda Rhimes for Dove, Halle Berry for Revlon and the U.S. Women’s Soccer team for A&E Networks as well as campaigns for Gillette, MAC Cosmetics, and Maybelline. In the immersive world, her work for Byton and Accenture were featured at CES winning awards for Best Branded Content. Currently, she is creating an immersive documentary experience surrounding the MOVE Crisis in Philadelphia in 1985. She is also a film professor having taught at USC, The Maine Media Workshops, in China at the Sichuan Film & TV University, and for New York Film Academy where she currently is the creative director for film and cinematography. She received her MFA in cinematography from The American Film Institute.

Other People's Children Film Trailer from Liz Hinlein on Vimeo.