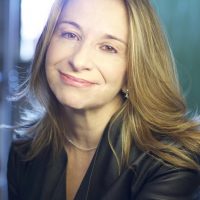 Lisa Caruso received an MFA in Directing from The American Film Institute, a Certificate in Screenwriting from UCLA, and has won several screenwriting and directing awards. She is a proud member of the AWD and Producers Guild of America. Lisa has directed and produced numerous reality series and documentary series/specials for HBO, Bravo, MTV, and E!, plus the first reality series for Sprint TV. She received a theater directing grant, and her narrative short films have appeared in several films fests, including garnering an “Audience Award” for best film. She is grateful for having shadowed several great TV directing talents, including Lesli Linka Glatter, Millicent Shelton, Todd Holland and a handful of others. In addition, she has had her feature scripts optioned and has been hired as a screenwriter, as well as being a network executive.

Lisa is currently Head of U.S. Content for Population Media Center (https://www.populationmedia.org/us-content/), a non-profit content studio, where she is oversees the development and production of all original content (scripted, unscripted TV, podcasts, etc.) for the US and global marketplaces to address social issues specifically in the areas of women and girls’ empowerment, gender equality, reproductive rights and sustainability.

She also holds a Global MBA, has traveled to over 50 countries, and has trekked to Everest basecamp.