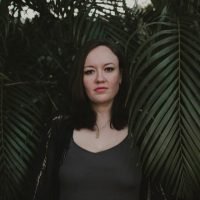 Lindsey Copeland is an award winning writer and director based in Los Angeles. After directing several short films and music videos, she made her first feature film, Girls Night, in 2013. The film played at multiple film festivals and received coverage in the Boston Globe. Her second feature, Hedgehog, starring Madeline Brewer (Hustlers, The Handmaids Tale) and Ann Dowd (Mass, The Handmaids Tale) premiered at the 2017 Cinequest Film Festival and was acquired by Syndicado. Hedgehog is currently available for streaming on AppleTV, Amazon, Tubi, Vudu, YouTube Movies, and Google Play. In addition to the Alliance of Women Directors, she is a member of Film Fatales and Free the Work's Professional Network. She is currently in development on her third feature film.