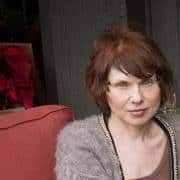 She has been working for the past 20 year in post production as picture and sound editor.

Among her credits are STAR TREK: FIRST CONTACT (1996), A KNIGHTS TALE (2001), WEDDING CRASHERS (2005), BRUCE ALMIGHTY (2003) and FRED CLAUS (2007). She edited multiple short films and documentaries and in 2007 she wrote, produced, directed and edited the award-winning short film THE OBSCURE BROTHER, a FIAT 500 commercial, a FOOD COMPETITION SHOW and VISION OF SPEED, a short documentary for FERRARI in Italy, shot entirely in 3D.