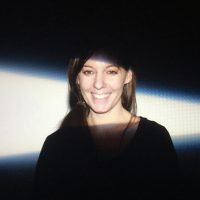 Lauren Klixbull is a Director and Production Designer with 10+ years experience making commercials and movies. As a director she has shot for national brands including Energizer, Pier 1, PopSugar, and Home Depot. She is most known for her shortform sitcom, BUNKHEADS, a comedy about four people stuck living in an underground bunker during the zombie apocalypse. The series has garnered over half a million views on Amazon Prime and the pop culture site PopGeeks called it "a throwback to the classic sitcoms of the 70's, 80's and 90's that will have you laughing so hard you'll bust a gut, literally."

A Fine Arts graduate of Carnegie Mellon University, Lauren found her way into Hollywood by blending her love of art with a love for storytelling. Through her work in commercial art departments and as a Production Designer, she has worked with lions, shot dry for wet in Poseidon’s thrown room, combined practical sets with CGI, built forced perspective rooms and worked with several celebrities on Super Bowl commercials.

Using her combined experience as a director and a production designer, Lauren brings a unique perspective and an infectious enthusiasm to all of her projects.