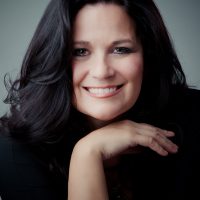 Kimberly Seilhamer is an award-winning, Seattle-native filmmaker with several credits in writing, producing, and directing in both feature films and television. Her works have been seen on Netflix, Chiller, Sci-Fi, Lifetime, and Redbox. Presently, she has two features streaming on Amazon Prime. Kimberly helms Kilo Entertainment, LLC which produces features, scripted and unscripted television content. She is an active member of the Writer’s Guild of America, west, Film Fatales, Alliance of Women Director’s and Hollywood American Legion Post 43.

Kimberly served as a Corporal in the US Marine Corps. Her specialty was telecommunications with an emphasis on Traffic Analysis. She held a Top Secret / Special Category clearance, was awarded Marine of the Month and Marine of the Quarter awards, and was proud to be an Expert shot with the iron-sited M16A1 rifle. Her duties kept her stateside. She served primarily at Headquarters Battalion in Twentynine Palms, CA.

At present, Kimberly has several films and television shows in various stages of development and production. She received her Certificate in Directing through UCLA’s Extension program in 2019.