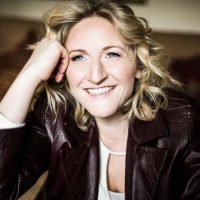 Jo was born in Northampton and holds a PGCE in Secondary Education, BA Hons in Theology & Media and a Post Graduate Diploma in Screen Acting. Jo runs her own production company - Aston Productions.

An award-winning writer / director of Irish descent, noted for her ability to cast, create drama, evoke emotion and pace a script to screen. Selected to shadow Jon East on KILLING EVE (BBC America). A rare opportunity that has allowed her to develop her own unique style for TV and film directing, a style that is attracting much attention.

Jo has recently been selected for the BAFTA CREW 2021 and Directors UK Inspire programme, which will see her working closely with Jennie Darnell (The Bodyguard, Line of Duty).

As a TV writer / director Jo is in development with LION TV on her original 10 part TV series OLI.

As a natural collaborator, Jo has several interesting co-productions in development including an animated thriller and documentary series. Her passion for human led, emotionally driven stories lay the foundations of her work - story is key.