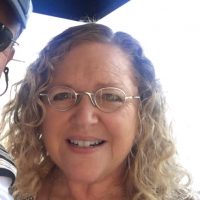 Janet Scott Batchler is the writer (with her partner Lee Batchler) of POMPEII, SMOKE AND MIRRORS, and BATMAN FOREVER, among many other projects. She is also a director and has recently moved into producing. She is also a writing professor at the University of Southern California's School of Cinematic Arts.

Janet is an Executive Producer on RUNNING FOR GRACE is a lyrical indie about life and prejudice on a coffee plantation in 1910s Hawaii. The film, directed by David Cunningham and starring Matt Dillon and Jim Caviezel, was released in 2018.

Janet moved into the world of directing with her award-winning short THE SPITTIN' IMAGE, based on the short story by Walt Wangerin, and has written and directed several other shorts. A graduate of the prestigious Directing Workshop for Women at the American Film Institute, Janet served on the Board of Directors of the Alliance of Women Directors for six years and is now an emeritus board member with the organization.

She is also in high demand as a guest speaker and teacher. Janet is on the Faculty of the University of Southern California's School of Cinematic Arts, where she teaches screenwriting to graduate and undergrad students, and has pioneered classes in Collaboration and Adaptation, as well as the division's most popular class ever, on The Harry Potter Franchise.