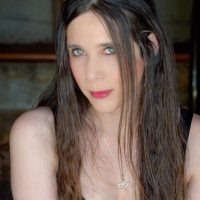 After achieving international acclaim with her first film, Beautiful Births, Jacqui Blue was one of 10 Directors selected by James Franco for his Master Class, "Sex Scenes", where she directed and produced a short raunchy comedy called Burden Of Proof. She went on to work with Jared Padalecki & T.O.N.E-z in her suicide awareness documentary and appears on-screen next to Lou Diamond Phillips in The Last Train. T.O.N.E-z hired her to co-write, direct and edit a passion project of his, a short vampire noir, called Sed. In 2019 she was invited to be a judge on the Directing Change Suicide Prevention panel. She's currently creating a unique Beautiful Hypnosis-Births program, working on a few other high concept documentary subjects, her first feature narrative film and a book.