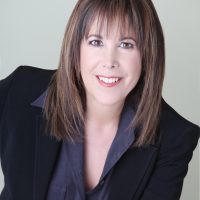 Hillary’s several years as an executive at motion picture production and distribution companies give her practical business perspective and a strategic advantage in negotiations.