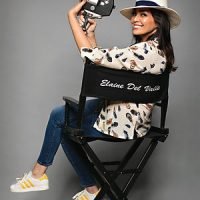 As a WRITER/DIRECTOR, her short films, Me 3.769 and Princess Cut went on to air on HBOmax. Her most recent project, Brownsville Bred, premiered at SXSW 2022, ultimately winning the audience award.

While Elaine loves expressing emotion through her camera, she's most proud of being referred to as an "actor's director." Her many years as an ACTOR (trained by Wynn Handman at New York City's Carnegie Hall) and her passion for bringing marginalized voices to entertainment led her to create her autobiographical one-woman stage play Brownsville Bred.