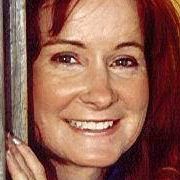 DG Navarra-Brock is known for her dynamic female voice backed up by extensive production experience. She started her industry career as an editor and moved into production as a "Film Doctor" or Consulting Producer on twenty plus features for Phoenix Pictures, Film Finances, Warner Bros., the SyFy Channel, and Lions Gate Films.
In 2021, she finished the dark dramedy feature, MONTANA AMAZON REDUX, starring Alison Brie and Olympia Dukakis as well as the Pilot for Big Picture Digital's webisode dramedy series, PERFECT WOMEN/MUJERES PERFECTAS starring Ashley Clements from THE LIZZIE BENNET DIARIES and Erik Soto from VIDA.
Her work has been distributed by Lions Gate and Phoenix Pictures/Sony and has appeared on Comedy Central, Starz Entertainment, Hulu Plus, Amazon Prime, and the Sinclair Broadcast Group.
Awards include "Best Feature Director" at the Los Angeles Int. Femme Festival, Goldwyn Screenwriting Award Finalist, and Guest Director at the Los Angeles' Beyond Festival. Features that she has directed and/or produced have also been shown at the Sundance, Cannes, Big Apple Festival at Tribeca Center, Seattle, and Moscow Comedy Festivals.
She is an experienced director in the areas of dramedy, comedy, and action, as well as working with child actors, animals and VFX.