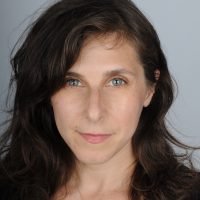 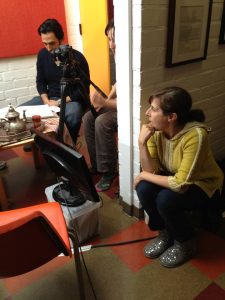 Brooke Berman is a playwright, filmmaker and memoirist. She has written films for Natalie Portman, The Mark Gordon Company, Vox Films, Fugitive Films and Red Crown. Brooke adapted and directed the short UGGS FOR GAZA which premiered at the Aspen International ShortsFest where it won Audience Special Recognition award. ALL SAINTS DAY, a short film Brooke wrote, directed by Will Frears, won Best Narrative Short at the Savannah Film Festival and played at the Tribeca Film Festival. Brooke’s feature POLLY FREED was chosen to be part of New York Stage and Film’s Screenwriters Lab where it was mentored by Kyra Sedgewick, Zach Helm and Billy Goldberg and selected as part the MOME (Mayor’s Office of NYC) inaugural finance lab for female filmmakers and NYWIFT From Script to Preproduction lab. PF has made it to “second round” for Sundance Screenwriting Labs two years in a row and won Best Screenplay at the Toronto Independent Film Festival in 2020. Brooke is currently developing RAMONA AT MIDLIFE, her directorial debut. RAMONA was a recent selection (Best Unproduced Script) at the Montreal Independent Film Festival, the Toronto Independent Women’s Film Festival and LA Indies. Her memoir No Place Like Home is now available on Audible. Her plays, including Hunting and Gathering, Smashing and A Model City, have been produced across the US and internationally at theaters including Steppenw