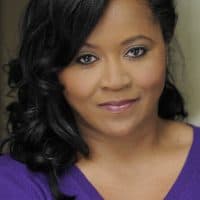 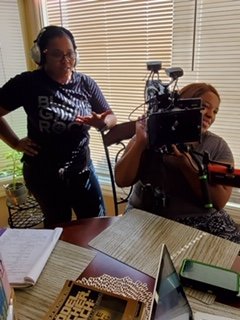 Bridgett Ladd, Actress, writer, producer, director. An active member of SAG/AFTRA and Alliance of Women Directors. She’s been writing screenplays and shorts for several years. In late 2015, she participated in the Horizon awards by donating funds to support up and coming female filmmakers. Because of this she was honored to have a very informative interview with Legendary producer, Cassian Elwes. He advised her to start producing her own short films and get them into as many film festivals as possible. Two months later, she began casting Atlanta actors for her short, Wounded Hearts which later won “Best Screenplay at the TPN film festival and later produced a Sci-Fi short "Conflicted". She recently wrote and produced a SAG/AFTRA low budget short film “The Other Man”. This film was an Official Selection at the Pan African film festival, Baltimore, Twin Cities and Charlotte film festivals . She loves to write dramas and especially drawn to writing about women overcoming adversity.

She spent several years attending various writer workshops as well as online writing courses such as Aaron Sorkin and Shonda Rhimes screenwriting Masterclass. Her Motto is DON’T WAIT, CREATE . Never sit around and wait for the phone to ring. You're the BOSS. Create your own content, study, read, network and always be prepared.