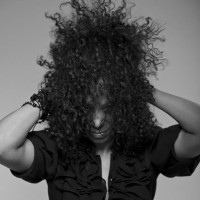 Angela Barnes Gomes is an episodic TV director raised in Atlanta, Georgia. In spite of her parents’ pleas to “just move to midtown and get a nice corporate job,” after college she moved to LA and started working as an Assistant Director. Between jobs, she traveled, made short films, cooked for friends, played in bands and surrounded herself with a small but diverse group of interesting people that weren’t afraid to have a little fun.

After working a few years as a well respected 1st AD, she was given a chance to direct on the show EVE and fell in love with directing. She participated in the ABC/Disney Directing Program, followed by the Fox Global Director’s Initiative and Fox Comedy Apprentice Program. Since completing those programs, she's directed countless episodes of television, including MYTHIC QUEST, BLINDSPOTTING, TEENAGE BOUNTY HUNTERS and ATLANTA, and is currently prepping Marvel’s IRONHEART for Disney+. She is also the creative force behind the viral voting campaign “Get Your Booty to the Poll.”

Much to her parents’ delight, Angela now calls Atlanta home again. She considers herself part of both the Atlanta and LA film communities, and is known on both coasts for her dry sense of humor, positive attitude and willingness to buy the first round at the end of a good day.