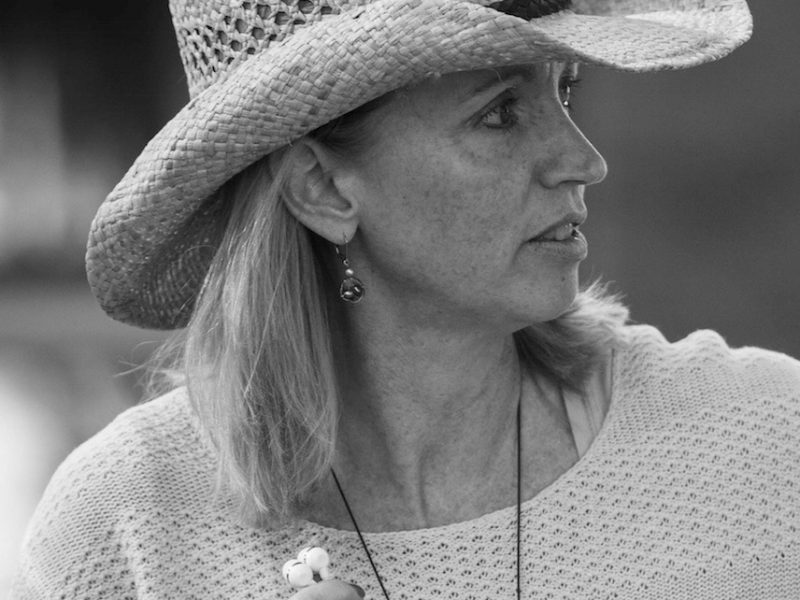 AWD Member Julie Herlocker‘s career has provided her with many valuable insights into what it takes to make great television. A former post producer, she worked closely with Exec. Producers to help take 300+ episodes through prep to final lock. Her responsibilities went well beyond the cutting room. Julie was part of the concept, production and tone meetings, directed ADR, and shadowed on set. She began her directing career with the short film Peter’s Ashes following it up with an episode of NBC’s GRIMM. Her experience led her to be selected for the 2019-2020 class of the prestigious DGA’s Mentorship Program for episodic directors. She also wrote, produced and directed the short thrillers 7AM Wednesday and A Close Call. Julie recently expanded into development and has multiple projects on her slate with her production company, Shadow Art Entertainment.

Julie sat down with us to share some of her experiences as a director and insight into the episodic space.

AWD: Congratulations on being a graduating member of the DGA’s 2021 TV Mentorship Program! Can you share some insights you learned while working together with your mentor in this prestigious program?

JH: Thank you! It was pretty tense when I was applying for the program two years ago, so I have a lot of empathy for everyone who might be submitting now, especially that self-tape elevator pitch. (Deadline for the next class application is Aug 17.) It was such an honor to be selected. I was fortunate to be mentored by Lee Rose (Star Trek: Discovery, Firefly Lane, Instinct), who is a really smart director often hired as a Producing Director. She was instrumental in helping me shape my reel by focusing on what I needed to add to show my ability to move the camera and build tension. The great thing about the Mentorship Program is that there is access to so many of the mentors, all of whom are accomplished episodic directors. They offer guidance through the many details of the job: shot-listing, blocking, working with actors, the DP, the showrunners, pretty much everything. They don’t promise shadowing, but they work to make sure everyone has the chance to. Most importantly, they help prepare us for all the many meetings guest directors have to take before getting hired.

Having already directed your first episode of television on Grimm, you have great momentum in episodic. What drew you to directing in that medium?

Momentum can be deceiving when building a career in directing, but I know how lucky I am to have that first one already done. I can’t imagine doing anything else now. I love the speed of television. Directing is a series of decisions. If you really know and understand the characters and story – a deep prep is essential – it’s so much fun to make thoughtful decisions quickly, and by collaborating with the department heads. It’s a real joy for me to bring the writer/ showrunner’s vision to life. There’s something wonderful about the collaboration that happens in episodic television and the passion that a cast and crew can have to bring it all together, week after week. As a guest director, when I’m invited into their world, I get the opportunity to bring my joy and enthusiasm into it to help them expand their stories. I can’t think of anything better!

Your move to episodic directing comes after several years of working as a successful post-producer in television. What did you learn in that role that has translated to directing? Do you have any advice for someone shifting to directing after finding success in another department?

I started working in post intent on using it as a path to directing, so I approached my job with that bigger picture in mind. Post production is so much more than editing, as it offers incredible insights into every aspect of shaping a story both visually and aurally. I was fortunate to work with some great creators who were incredibly generous sharing their knowledge. My favorite lesson ever came early on. I was on the Dreamworks miniseries TAKEN for Sci-Fi. There was a scene that had a guy panicking that aliens were trying to get into his house. The standard coverage of him boarding up windows, etc., just wasn’t impactful, no matter the editing. So the Exec Producer, Steven Spielberg came to work with us in the very tiny cutting room. There were two other EPs, the very talented editor-now-director Fred Toye, and me all squished around the Avid. I was right in Steven’s eyeline as he gave notes. He looked right at me to explain that we had to go back and shoot inserts so we could get inside the character’s head. It would be the tight shot of the hammer hitting the nail, etc. that would pull the audience in. I soaked every bit of it up. Cut to years later when I get my script for my first episode as a director on GRIMM. There’s a character who is losing his mind, sure that a creature is trying to break in to his hotel room. I laughed out loud, thinking, “I’ve got this. Steven Spielberg taught me how to shoot it.”

I collected moments like that all through my career. Sitting with EPs as they would screen the directors’ cuts was an amazing opportunity to learn what they need: things like entrances and exits, and what directors often waste their time on: shots that don’t fit with the style of the series, no matter how cool, are likely to be cut. As far as advice for someone who’s already working in episodic and wants to direct, I’d say every situation is as different as every show. Sometimes it’s great to tell everyone you meet that you want to direct. Other shows won’t appreciate that and want you to focus on your job. Either way, pay attention and learn everything you can about what every department does. If you can steal a few moments to watch the director work without being intrusive, that’s gold. Mostly, pay attention to the story: how does the script change in revisions and why, and watch the final episode to see how it compares. And go out and shoot! When you are fortunate enough to work for EPs who are open to giving crew directing opportunities, make sure you have something to share that shows you know how to move a camera, get solid performances and tell a good story.

Your most recent short film, “A Close Call,” recently screened at AWD’s Works in Progress Program. How did that experience help you in the post process with your film?

AWD’s Works in Progress program was a game-changer for me. I brought my short “7AM Wednesday” in a couple years ago and got incredibly smart, thoughtful and kind advice. Thanks to notes I received, I left the first three minutes of that short on the floor and started the story in the middle of the action. It made for such a better film. This last short, “A Close Call” is only three minutes long and has a twist ending, so it was more about what was landing and what was getting missed. The best part about it was realizing that as I reviewed the notes, I became more clear on the story I wanted to tell and how I wanted to tell it. The program has truly helped me find my voice as a filmmaker.

In your time as an AWD Member, do any other programs stand out that have helped you, either with the craft or business of directing?

AWD’s networking opportunities are incredible: the event with Disney at Ca’ de Sol, the speed-dating with writers, and then with producers at the WGA was fantastic. The craft opportunities are great, too. I really enjoyed AWD’s team up with NBC’s directing programs for the Workshop Series in 2019. It was great to be able to participate in those as an emerging director, and it was an honor to be invited to speak at the 5th session on The Post Process with editor Nancy Forner. And I have to shout out to the TechTalks that precede the screenings at the Works in Progress programs, as they’re always full of great material – especially the one on drawing your own storyboards!

Thank you so much for taking the time to chat with us, Julie. We’d love to know what you’re up to next!

I’m going out on a lot more meetings since finishing the DGA Mentorship Program, so that means I’m watching lots of episodes of different shows to make sure I’m well educated on their style and their stories. Beyond that, I want to keep creating. My next film is a horror short that I wrote with my 20 year old son. Some wonderful scripts are coming to me that I’m really excited about, too, with possibilities for both producing and/or directing. And I’m finishing the mix on “A Close Call” next week, then I’ll be putting that little short out into the world. Every project is another opportunity to open a new door, so who knows what excitement lies ahead!

Want to learn more about fantastic AWD Members like Julie? Check out our database of directors here!