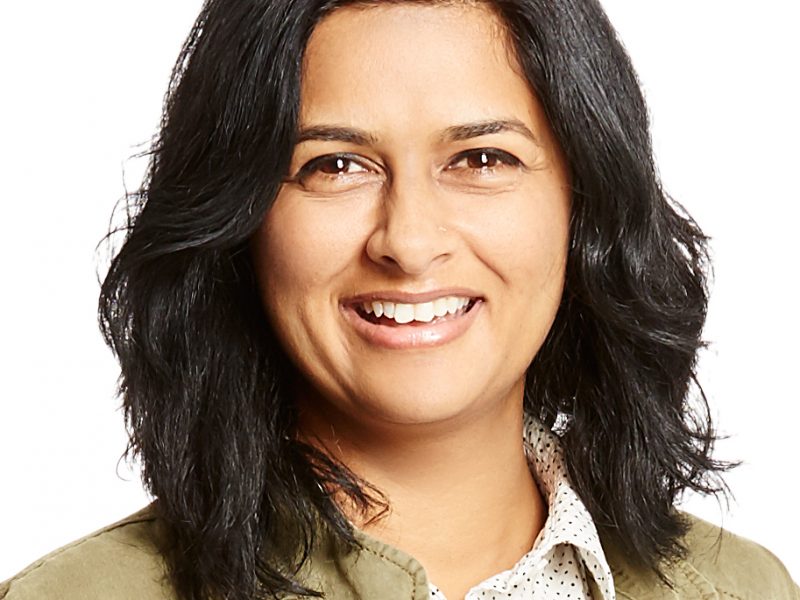 Leena has participated in several studio initiatives including the Warner Brothers Television Directors’ Workshop, the CBS Directors Initiative, and the NBCUniversal Emerging Director program. She  was also selected for the 2021 DGA Director Development Initiative’s TV Mentorship Program, and has taken the opportunity to shadow on several shows.

We sat down with Leena to chat about her experience in the directing labs, her narrative film work, and tackling sensitive topics on screen.

AWD: Firstly, a big congratulations on being a part of the 2021 graduating class of the DGA DDI’s TV Mentorship Program! We’d love to hear about your experience.

LP: The DGA DDI was a great experience, because many very experienced and legendary television directors participate, and give workshops throughout the year. Mary Lou Belli and Bethany Rooney also do a really excellent workshop at the start, where they teach some new skills on shot listing, and breaking down a script. I learned so much, and really enjoyed getting to hear from so many interesting tv veterans like Tom Verica, Roxanne Dawson, Paris Barclay and so many more. I also got to know many of the participants well, and have built some great friendships from it. Between doing that and being in the Warner Brothers Television Directing Program, I felt more than prepared as I directed my first two episodes of tv this past spring.

Backing up a bit, you have a long filmography of features and shorts. Your most recent feature, 20 Weeks, was hailed as “an intimate, compassionate take on abortion” by the LA Times. How did you approach directing a film that deals with a sensitive subject that’s rarely portrayed on screen?

20 Weeks came from my own personal experience of having a child who was diagnosed with a serious health condition at 20 weeks in utero. It was a tough topic, I had a hard time talking about it even as I went through it but I was able to use all of that emotion to go deep with the actors. I had many discussions with both Amir Arison and Anna Margaret Hollyman about the deeper ideas and emotion in the piece, and they really went on the journey with me. It was definitely tough, but I worked with some amazing people, including my producer, Jane Kelly Kosek.

20 Weeks was also distributed theatrically and released on Hulu. What was the distribution process like for you as a filmmaker? Any advice you can share with first time feature filmmakers on getting their films into theaters or streaming?

Gaining distribution in theaters and on Hulu felt like an incredible feat, and was just amazing. We premiered at the LA Film Festival, and then picked up some great press as we played in more festivals. Then FilmThreat selected us as one of the “Best Independent Films” of 2017 with some highly visible films, like The Florida Project. From this, our sales agent was able to get the theatrical and Hulu deal for us. What was challenging was that we didn’t really have a big budget for marketing. I advise filmmakers to make the best movie possible and do all you can to generate conversations around your work. Build an audience on social media and anywhere that you can – this will really help.

You released a new short film in 2021. Awaken, starring the fantastic Parminder Nagra, focuses on the challenges families face when dealing with a loved one’s Alzheimers. What made you want to tackle that subject matter, and was it a conscious choice to explore this subject in a short form narrative?

Again, some of what I tackle in Awaken is from a lived experience. But I wanted to push myself to make a short that is more deliberate with its visuals, and try a palette that was more high end. I used a beautiful anamorphic lens, and spent a good amount of time developing the production design. I have both a feature and a tv show I’ve been developing around the short. It’s about two estranged sisters who must confront their relationship as they deal with their mother’s Alzheimer’s. I am still working on writing that and hope to get it to a good place soon.

In addition to your experience directing shorts and features, you have also participated in several studio TV initiatives, including Warner Brothers Television Directors’ Workshop, the CBS Directors Initiative, as well as the NBC/Universal Emerging Director’s program. What advice would you have for someone just setting off into the episodic space? How can they make the most of these programs and any other shadowing opportunities?

The programs are a great way to meet people and learn about the ins/outs of television. I think the programs or shadowing are critical toward getting work in episodic, as it’s really the best way to meet people. My advice would be to meet people and soak in as much as you can—this whole career, whether it’s film or television, is truly about the long game… Even if you don’t get a job in the immediate, you will meet some interesting people, and that’s really what it’s about in the end.

Want to learn more about fantastic AWD Members like Leena?