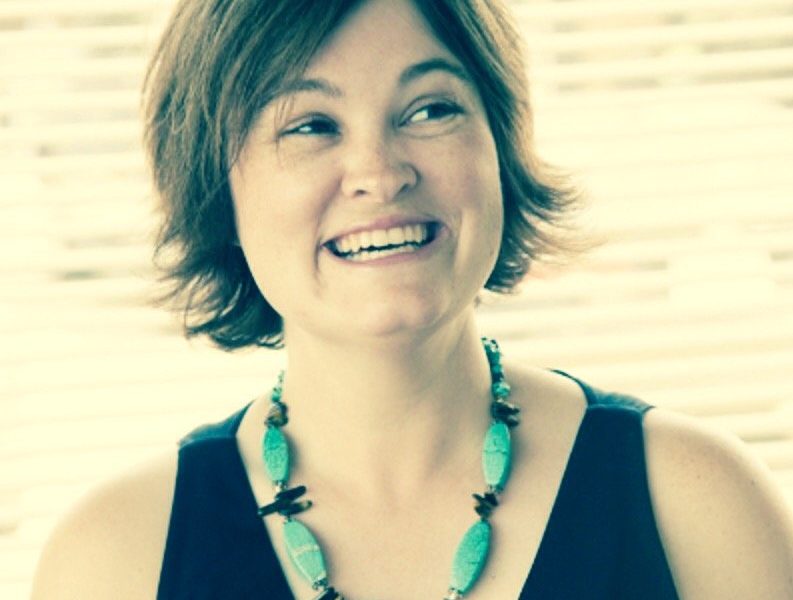 Stacey Davis is an award-winning filmmaker and entertainment lawyer. She made her directorial debut in 2019 with her dramedy short CHERRY and her short documentary PIE IN THE PUSS: A BRIEF HISTORY OF PIEING IN FILM. Collectively, the films screened at over 30 festivals, including DC Shorts. Her debut film, THE SIBLING CODE (wrote/produced) screened at over a dozen film festivals, including Nantucket Film Festival. Davis’ most recent production, A HAND TO HOLD, an animated short based on a poem written by Davis, premiered at the Brooklyn Film Festival and continues to screen on the festival circuit. Her screwball comedy BURYING THE LEAD won Best Feature Screenplay at the Broad Humor Film Festival, and she has placed in the following competitions: Nicholl, Page (Top 25 in Comedy) and Austin.  As an entertainment lawyer, she has represented A24, Tadmor Entertainment and others on a variety of projects, including MINARI, DEATH OF DICK LONG, and I CAN ONLY IMAGINE.

In 2021, The Law Firm of Stacey A. Davis, in partnership with Stowe Story Labs, created a Fellowship for women filmmakers over 40 to attend the Stowe/Sidewalk Lab. We sat down to chat with Stacey about her career and her advocacy for underrepresented voices in film.

AWD: How did you get involved with the Stowe Story Labs?

SD: My first introduction to Stowe Story Labs was as an invitee to the 2015 Narrative Lab with my comedy feature DOUBLE BLIND DATE. Following the retreat, I stayed in contact with the organization and attended the 2016 Spring Writer’s Retreat with the action-comedy feature, WHERE ARE THEY NOW? My law firm then signed on as a sponsor and later I was invited to join the Board of Directors, on which I serve as the Treasurer. I’ve since returned to the Narrative Lab as a mentor to other writers.

It’s fantastic to see a fellowship specifically targeted to women over 40, a demographic that is often underserved. How will this fellowship help these women to break down barriers in their careers?

First and foremost, I think it helps just to be seen as so many women ‘of a certain age’ begin to feel invisible as they age. We are here to say that we see you and we want to hear your stories. It’s difficult to break into this industry at any age, but it gets harder the older you are as you often have many other constraints pulling at your time and energy (work, raising children, caring for aging parents). This fellowship allows an aspiring filmmaker to solely focus on their craft while attending the Stowe/Sidewalk lab.

You yourself are an award-winning filmmaker and have worked in narrative, documentary, and animation. What do you find yourself most drawn to as a storyteller?

Good stories. In whatever form they lead me to. I let the story define the world it wants to live in. For example, my two-minute animated short, A HAND TO HOLD reads like a poem, but I originally envisioned it as a children’s picture book. Then came two supremely talented women I wanted to work with, animator Ali Clark and illustrator Vero Vanblaere, so I reimagined the project as an animated short film allowing us to collaborate together. We’ve had the pleasure of screening A HAND TO HOLD at over a dozen festivals all over the world. I still think it would make a terrific picture book if there are any agents or book publishers listening!

What’s up next for you in the film world?

A HAND TO HOLD continues to play on the festival circuit and we hope to expand our audience in the new year.  In 2022, I also plan to debut my latest short, CONVECTION. The documentary-style narrative examines how the smallest choices – those moments that take only mere seconds – can have profound implications on the rest of our lives. We explore this thread over a batch of cookies – where small changes to the dough, can have a big impact in the oven. I’m very proud of this work as the cast is comprised of two, 50+ women.

In addition to your work as a filmmaker and advocate, you are also an entertainment lawyer. What advice do you have for directors working in the indie world and creating their own projects?

Grit it out. Nobody is coming to you with a big check – particularly on your first project. You just have to find whatever means you can to make the film. Grants, crowdfunding, institutional support, labs. Maybe it means going smaller. Maybe it means it takes a bit more time. But you have to keep going. And before that you have to start.  It took me 39 years to start. Since then I’ve made five films in six years. And there is no stopping now.

Want to learn more about fantastic AWD Members like Stacey?