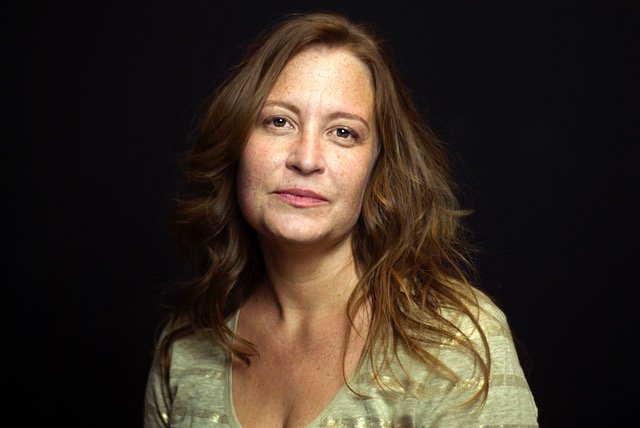 AWD Honorary Member Jen McGowan is a powerhouse director in both features and television. Her most recent feature film, the survival thriller, RUST CREEK, followed up its theatrical run with a #3 premiere on Netflix (of all US Film + TV) and was hailed as “the feminist thriller Hollywood needs right now” by Harpers Bazaar.

Jen has been recognized for her trailblazing career by the Take the Lead Foundation – who named her one of 50 Women Who Will Change the World in Media & Entertainment – and Vulture – who listed her as one of the Women Directors Hollywood Should Be Hiring.

A huge supporter of AWD, Jen has offered her expertise and shadowing opportunities to members, and is a relentless advocate for women-identifying and non-binary directors in general. She was the recipient of the 2016 AWD Breakout Award for Excellence in Directing.

In the episodic world, Jen has helmed episodes of The Twilight Zone and The Purge. Most recently, Jen directed two episodes of Star Trek: Discovery‘s current season: episodes 408 and 411 which air on 2/10 and 2/24 on Paramount+!

Jen was kind enough to chat with us about her work on Discovery, her prep process, and the unpredictable nature of a director’s path.

AWD: Congratulations are in order for directing not one, but TWO episodes of the newest season of Star Trek: Discovery! What drew you to wanting to work on this show in particular?

JM: When you’re talking about a show like Star Trek: Discovery I feel like the answer is EVERYTHING! Star Trek is an institution. It’s iconic and this particular show is beautiful, with fantastic scripts, wonderful actors and very cool big fun visuals. Star Trek is important to so many fans and rightfully so as it has consistently broken barriers since its inception. It was a complete dream job.

On top of that, everyone, from the Showrunner and Producing Director to the HoDs and the PA’s were an utter joy to work with. I feel so very lucky to have been a part.

We shot during a very challenging time in Toronto with regards to COVID and it really could not have been done without A teams across the board working at the top of their game. Honestly, dream job.

Was there anything in particular you researched to prepare for these episodes?

In terms of what unique prep was required, I got to work on the volume stage which I hadn’t done before so that is where my big learning curve was. And as you know, in tv you’re jumping on a moving train so you gotta learn fast. When I have something big like that that I need to absorb quickly I don’t try to become an expert on the tech (there are many people for that) but rather try to focus on how best to make use of the tech for what I’m trying to communicate.

The DP, Chris Mably, and I had many discussions about our specific shots trying to always answer “but why are we using this tech for this scene?” The actual answer may have been because production scheduled it that way, but it’s my job to make the answer be because this was the only tool that we could do x, y or z with.

If I have something that I can only do flying monkey shots with I’ll be damed if I’m not gonna find the best reason to put the most amazing flying monkey shot in. Production should not be spending money on something unique that does not end up on screen.

I love playing with new toys and to be among the first to shoot in that way is a real privilege. I’m super proud of what we did there.

You are making a name for yourself in directing genre television, one area in which women have historically had a hard time breaking in. In addition to Discovery, you also have episodes of The Purge and The Twilight Zone under your belt. What do you think are the biggest barriers to breaking into the genre space, and what can women directors do to best position themselves for those jobs?

I actually think genre is a great place for women. I’ve found it to be pretty unpretentious which appeals to me. And for the type of Director I am, one who loves the craft of directing, genre is where I have the most fun.

I think there are two barriers to genre directing specifically. One is frankly indie filmmaking does not set one up well for episodic directing. Episodic Directors are not top dog. And lots of women tend to come from indie filmmaking so they don’t have the experience of that type of collaboration. I think I was able to mitigate that because as I built my career as a Director I had worked as a UPM on very big budget commercials. So I had the experience of supporting someone else’s vision while being responsible to someone else’s money. Secondly, and this drives me bananas, imo the indie film world rewards women for personal, small, intimate stories. That does not tend to create reels that lead to genre work.

It’s notable to me that it was my second feature film (which actually did worse at festivals) that kicked off my career. If you love genre make what you love. Because if you’re lucky, whatever you make, someone will hire you to make more of it. So better be sure it’s something you love.

Very few directors, regardless of gender, get hired if something in their work doesn’t show that they can do the job. Those who hire need to be able to see the step, and it should be a very small step, from what you’ve already done to what you’re being hired to do. This is true at all levels.

Your break into television came after two critically acclaimed feature films and several successful shorts. Was this the path you always intended?

Ha! No. My intention was to get hired to direct a big studio movie off of a short film but reality didn’t agree. My path sounds really tidy – short film to first feature to second feature to tv and bigger movies. Sounds great, right? That took twenty years. Twenty years of working another job full time while making those shorts and two feature films. Twenty years of developing projects that didn’t materialize, and applying to programs that rejected me. Twenty years of hustle.

I never intended that path. But now, I’m so grateful that was my path. I certainly wish it happened faster but it is what it is and I am in a place now that I absolutely love.

Looking ahead – what excites you most about the industry today? What are you hoping to accomplish in the next phase of your career?

I’m actually really excited about the changing dynamics of distribution. Whenever there’s chaos it creates opportunity. As we see, because there’s so much content being made right now, many more people are getting opportunities to make things. This is great for diversity of perspectives and important for building careers.

For me, I’ve got two features I’m working on. One we’re in the middle of casting and the other, my first studio movie, is in rewrites. I’ve booked some tv episodes for the year as well so we’ll see what happens schedule-wise.

As for what I’m aiming for, in tv it’s to direct pilots and limited series, get into producing/directing and sell some shows. In film it’s the same as always – find great material with great Producers attached and budgets that allow me to kick ass. That’s pretty much my plan for the next couple decades.

Remember to tune in on February 10th and 24th for Jen’s episodes of Star Trek: Discovery on Paramount+. Jen’s latest feature RUST CREEK can be found Netflix and all VOD services.

Want to learn more about fantastic AWD Members like Jen?