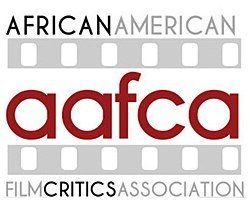 In celebration of Women’s History Month, the African American Film Critics Association (AAFCA) and Alliance of Women Directors (AWD) assembled a star-studded list of Black women directors for intimate dialogues about their craft, careers, and experiences working in cinema. All of these conversations are now available to watch on AAFCA’s YouTube!

The month kicked off with a spotlight interview moderated by KJ Mathews with two incredible filmmakers, Channing Godfrey Peoples and Garrett Bradley, who recalled the path towards the creation of these films and their points of view as directors.

Garret Bradley discussed her critically acclaimed, Sundance-award-winning documentary film TIME about entrepreneur Fox Rich. Rich has spent the last two decades campaigning for the release of her husband, Rob G. Rich, who is serving a 60-year prison sentence for a robbery they both committed in the early 1990s in a moment of desperation. Channing Godfrey Peoples spoke about her critically acclaimed feature, Miss Juneteenth, which centers on a former beauty queen and single mom preparing her rebellious teenage daughter for the “Miss Juneteenth” pageant.

Next up was a panel moderated by Ronda Racha Penrice with filmmakers Lisa Cortes and Dawn Porter​ about their careers as Black women directors.

These documentary filmmakers join together in a conversation focused on using film as a tool for social change. Lisa Cortes dives into the making of ALL IN: THE FIGHT FOR DEMOCRACY (2020), which looks at the history of and current activism against voter suppression in the United States. Dawn Porter, director of John Lewis: GOOD TROUBLE (2020) spoke about the making of this film centered on the legendary activist who spent his life fighting for civil rights, voting rights, gun control, health care reform, and immigration.

The month wrapped up with a fun and fascinating dialogue between filmmakers Numa Perrier and Melissa Haizlip, moderated by Jasmine Simpkins.

Numa and Melissa discussed their inspiring friendship and their unique journeys as artists. Haizlip spoke about her NAACP Award-Winning documentary, MR. SOUL! As well as her upcoming project for Netflix. Numa shared her experiences working on series “SEXLESS” and “QUEEN SUGAR,” as well as her debut feature JEZEBEL.